For posterity sake, I figured I’d make the definitive list of the best sports teams and people ever. The best in the mind of me, Trae. If I did keep up with all these sports/leagues/people, then this would be who I’d follow. Yes, that’s right, I don’t follow all these. But I don’t really care about your opinion on the matter. This is driven by this particular data that I can easily update from time to time. So you’ll see my latest preferences in this post as I update it. Modification date is located at the bottom.

Football
Dallas Cowboys
National Football League
Of course I pull for the Cowboys. Always have always will…even in the really crappy times.
Baseball
Texas Ranger
Major League Baseball
I wasn’t always a Ranger fan. I had family in Houston and saw my first MLB game at the Astrodome. But in High School and more in College my fandom went to the true Texas team. And haven’t looked back. Also got my Mom enjoying the games!
Basketball
Dallas Mavericks
National Basketball Association
Another team I didn’t always support. I didn’t have a true team for a long time, and since the San Antonio Spurs and Houston Rockets were both better teams than the Mavericks throughout the 90’s, I waffled between the three. Around 2002, I finally committed to the Mavericks… don’t know why (they still weren’t all that great at that time), but have enjoyed watching them ever since.
Hockey
Dallas Stars
National Hockey League
I was a Boston Bruins fan for no reason for a long time. Texas didn’t have a real hockey team and when the North Stars moved south, I didn’t join in. I didn’t even move over when they won the Stanley Cup! I’ve only been a Stars fan for around 5 years (at the time of this writing), and can’t say I miss the Bruins. Even when they weren’t doing well, watching the young team find there identity and deal with some of the veteran leadership they supposedly brought in was entertaining.
Soccer
FC Dallas
Major League Soccer
I held no soccer allegiance before moving to Dallas and as such never really followed the Hoops. But around 2010-2011-ish, I started following because of Brek Shea was doing some crazy awesome stuff prior to his English and Klinsmann meltdown. Since then I’ve kept up with their progress.
Liverpool FC
English Premier League
Because I can unite in a group of people that maintain an extreme dislike for Tom Hicks. I figure that commonality would allow me to overlook any cultural differences if I were to attend a match…ever.
Motorsports
Joey Logano
NASCAR
Sliced Bread my friends.
Daniel Ricciardo
Formula One
Great driver, rough team.
Cycling
Trek-Segafredo
International Cycling Organization
Evolved from a US/Euro team and the makeup is great. Hard choice between this and BMC Racing Team.
Tejay van Garderen
Individual
This guy is a beast. I expect to see him on the podium soon in a grand tour.
Lacrosse
Dallas Rattlers
Major League Lacrosse
So didn’t pay much attention to Lacrosse until my son started playing. Then I was guessing we could be a Denver Outlaws fan based on relative proximity versus other teams…and Outlaws…you know, I’m from Texas. But Rochester moved to Dallas, so now I’m a Rattlers fan. Being they were 3rd place prior to moving, it’s even a plus that it’s not a basement team.
Golf
Jordan Spieth
Professional Golfers Association
Local boy, but who has time to keep up with golf.
Rugby
Munster
Pro14
The Red Army, and by extension the Irish National Team…although I really should be pulling for the US.
Cricket
Kolkata Knight Riders
Indian Premier League
Dodo-dodo-dodo-dodo…dodo-dodo-dodo-dodo… 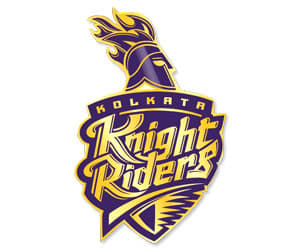